A New and Improved Advertiser Dispute Procedure by Ad Standards 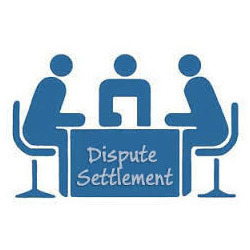 Effective February 2019, Advertising Standards Canada (“Ad Standards”) has implemented a long awaited, improved Advertiser Dispute Procedure. For several years Ad Standards, the advertising community, and the lawyers advising them have been looking at approaches to improve the procedure. Many of us have been wanting to address ways of ensuring that the Adjudication Panel is able to make informed, independent decisions and to establish a body of precedent that will assist the industry in evaluating future advertising with regard to compliance with, and interpretation of, the clauses of the Canadian Code of Advertising Standards (“Code”)

While it may not be completely there, the new procedure has taken major strides to address these issues. A review of comparable self-regulatory bodies in the US, and other international jurisdictions helped to inform some of the changes. Among the most significant is the composition of:

The mandatory mediation meeting (re-named the Resolution Meeting) is now voluntary and will only take place with the consent of both parties to the Dispute. This is a welcome change, as is also the change that allows (with the consent of the advertiser who made the disclosure) information or data disclosed at a Resolution Meeting to be released to the Ad Dispute Panel. This second change in particular helps to address the frustration caused in the past when agreements reached between the parties on what formed the essential elements of a complaint could be completely ignored and not therefore not be followed or decided in a decision of the Adjudication Panel.

The new changes to the Hearing process and the size of the Adjudication Panel should streamline the process and will allow for expansion of the roster of lawyers experienced in advertising and marketing law who can participate as chairperson. As the adjudication is based solely on written submissions, the meeting of the panel can be done electronically – hopefully making it faster, easier and less expensive to complete and allowing for Panelists to participate regardless of their geographic location.

One of the most frustrating aspects of the old procedure was the lack of precedent decisions that would help participants both to understand the Code interpretations that had been accepted previously, and to frame their arguments for their own disputes. It is likely that having access to past decisions will reduce the number of disputes brought to Ad Standards. While the decision to provide case summaries is welcomed, the confidentiality provisions have not yet changed. As a result, the summaries will not, directly or indirectly, identify the complainant or defendant advertiser. It remains to be seen if the summaries, being limited in this fashion, will provide sufficient specificity and context to have value as precedents.

Finally, the decisions of the Panel are now no longer appealable under the new procedure, which will also help to shorten the overall timelines involved.

In all, the changes are welcome and will hopefully make the Dispute procedure more relevant and appealing as an alternative to more traditional legal proceedings available to resolve complaints between advertisers.