Ten Dollars Has Never Been Worth So Much! 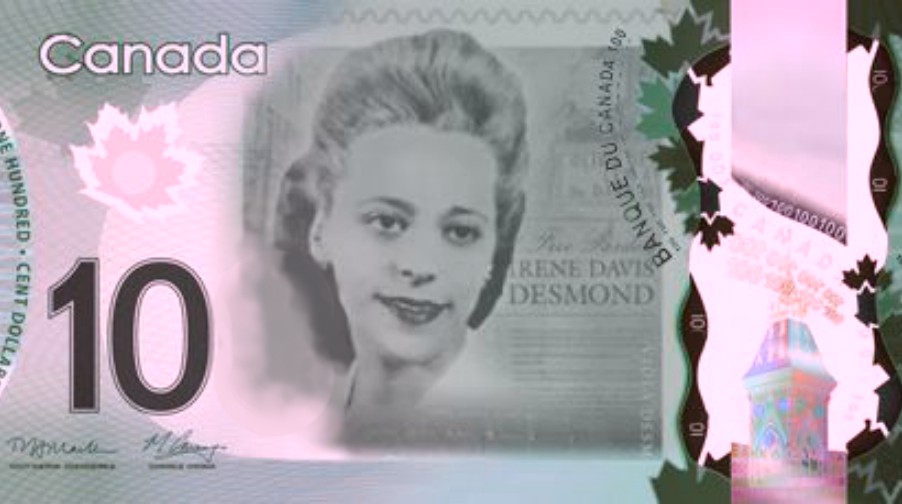 This blog is about ignorance. Mine! Oh it’s not wilful, at least I hope to heaven it’s not.  Still it is always hard to be called ignorant, particularly by yourself.  It has recently been announced that Viola Desmond’s image will appear on Canada’s $10.00 bill.  The only female, other than royalty, to appear on our Canadian currency.  The first I really paid attention to the announcement was when I read an article questioning whether Ms Desmond was the appropriate selection as compared to a number of others who were named.  Not only did I have no clue who Viola Desmond was, but I also either didn’t know the names of the other women nominated or didn’t know enough about them to be able to draw my own conclusions.  So much for thinking of myself as educated and informed!

I found out that there were 461 iconic Canadian women who met the criteria to be considered for selection by a special advisory council, ultimately leading to the choice of the woman who would have the honour of adorning our $10.00 bill.

If I ever needed anything to point out just how little I know about my own country, let alone iconic women, this list certainly did it. How few names I knew, let alone how little I knew about what these women had achieved!

Viola Desmond was born and raised in Nova Scotia but, to be educated in her chosen career of cosmetology, she had to leave there to do so because she was black. As it turns out, Nova Scotia was fortunate enough to get her back.  People like Josephine Baker left the United States to achieve stardom in Europe and never returned since she wouldn’t be accepted in the U.S. at that level by virtue of her colour.  If you ask people in Canada and the United States why they fought the world wars and other conflicts, they will likely tell you it was for “freedom”.  Wars were fought and won for freedom from fascism, later freedom from communism but I guess winning freedom from racism wasn’t the right kind of “ism”.

Once she was educated elsewhere, Ms Desmond was free to return home as a hairstylist, free to start up her own company and free to have commercial success by providing services and selling goods. What it appears she was not free to do was to sit where she wanted in a New Glasgow movie theatre, irrespective of her willingness to pay the price of the ticket.  She was jailed, she was fined, she was unjustly accused of fraud, all because she chose to sit in the lower seats of a cinema among white folks.  Rosa Parks, 9 years later, became famous (infamous) because she refused to move to the back of the bus in the United States.  Who the first woman was to stand up against such discrimination truly doesn’t matter, but what does matter is why they had to do it at all.

Every hair stylist should take pride in the fact that a Nova Scotia pioneer thought so highly of your profession that she left the country so as to achieve the training denied to her at home. When we think of Paula Kent and Redken, Horst Rechelbacher and Aveda, Toni & Guy, Vidal Sassoon and all the others, as Canadians we should take time to remember the dedicated black woman who started her own (successful) cosmetics business in Nova Scotia when such successes were so much more difficult to accomplish. As to Ms Desmond’s unsolicited reputation as a civil rights activist, all she wanted was what we take for granted – recognition as a person.  Race, sexual orientation, religion, colour, creed be damned.

When that bill hits the streets, let’s put it up in our offices, salons, warehouses and factories. It represents a lot more than merely $10.00.